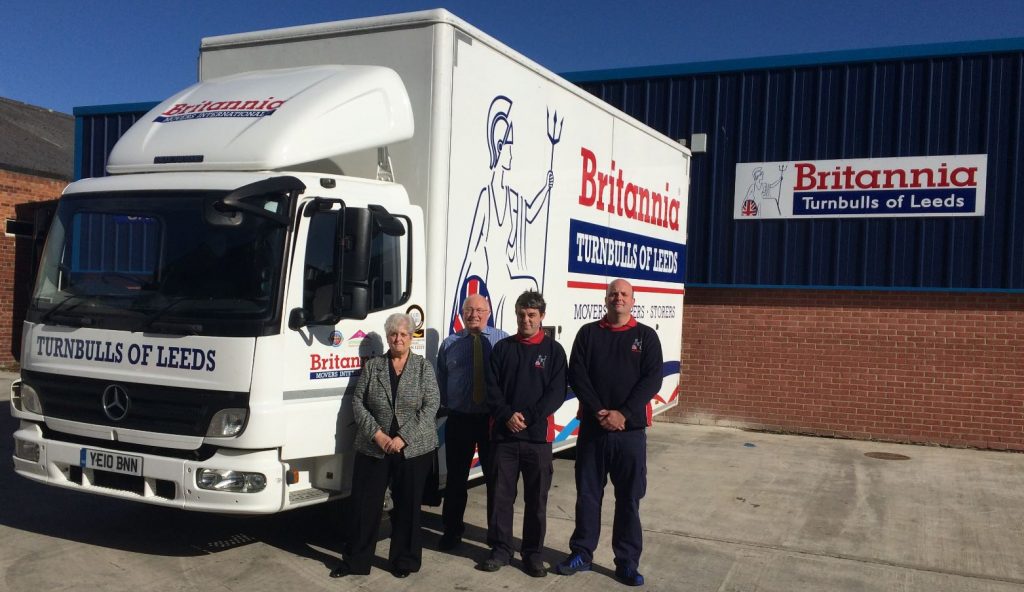 You might need to watch out for the candles – there’s enough to cause some serious damage!

150 years!!! That’s how long Britannia Turnbulls has been operating in Leeds – making us officially the oldest removal firm in the city, and one of the oldest in the country.

What else happened in the year our company was formed? Well in 1867 Alfred Nobel patented dynamite, Sheffield Wednesday football club was founded, Charles Dickens give his first public reading in the US and the first mass produced bicycle was invented. Queen Victoria is on the throne and the Earl of Derby is Prime Minister.

We thought it would be fun to do a few calculations, and have a look at some of the files from back in the day. We’ve worked out we’ve helped more than half a million homeowners move into their new property, taking people across town, across Yorkshire, or even across the world. In fact, famously Turnbulls moved Sir Edmund Hillary’s kit to the Himalayas during his first expedition to the summit of Mount Everest in 1953.

Moving over 500,000 households means we’ve transported well over 20 million boxes and tea-chests full of precious belongings. That’s quite a lot of heavy lifting – and that’s without even counting any furniture!

We regularly had 15 iconic green trucks transporting property across the country. Over the past 150 years, we’ve worked our way through more than 200 different removal vans, and travelled over 13 million miles on behalf of customers.

A well-known head of the Turnbulls company in the 1960s was Mayor of Leeds Colonel Lawrence Turnbull, who had been awarded the Military Cross in World War Two and was also a local magistrate. Turnbulls became became part of the Britannia Group in 2014.

Two of the current members of staff have worked at the firm for well over 20 years; Fay Chapman, office manager, and Martin Gardener, senior foreman. We asked Fay how things have changed: “There’s obviously been quite a lot of changes in the 27 years I’ve worked here, but I can’t even begin to imagine how much it’s changed since the 1860s! It’s amazing to think how many people we’ve helped settle into new homes in 150 years. Hopefully there’s been lots of happy homes and fond memories. As we know, moving day can be stressful, but we always aim to help make it as easy as possible for customers, even down to offering a full packing service for them if they want us to. Moving house is the start of a new adventure, and it’s a privilege to be part of that.”

We’d love to make you part of the next stage of our history, so if you’re looking to move and need a company you can rely on to take good care of you and your belongings, why not give us a call. Fifteen decades in operations hopefully speaks for itself – we wouldn’t still be here if we weren’t providing a great service!

So, here’s to Britannia Turnbulls’ next 150 years! Happy birthday us!